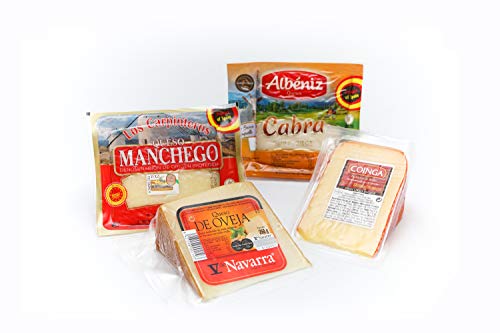 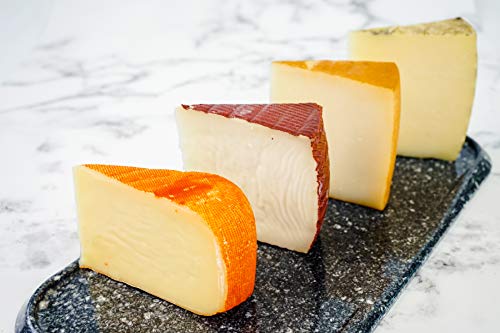 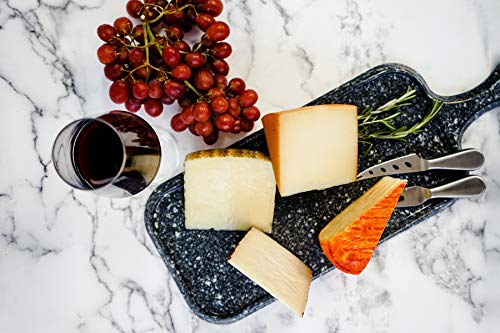 Price: [price_with_discount]
(as of [price_update_date] – Details)

Travel accross Spain with our delicious selection of Spain cheese. Cheese is part of the daily life in Spain, and every region has its own cheese tradition. Cow milk cheese, goat milk cheese or sheep milk cheese, the options are many and the aroma and taste endless. Spanish cheese is much more than Manchego cheese. We`ve also included in this category some some Dutch cheese, Swiss cheese and Italian cheese. Parmigiano, Gruyere, Gouda… Find out why we get along so well with our European cheese friends.

Manchego sheep’s milk cheese is the most popular in Spain without any doubt. It comes from La Mancha region, Don Quixote’s land, and it is made from indigenous sheep’s milk. This young and mild Manchego cheese is aged for 3 months creating a flavorful and creamy cheese perfect to combine with grapes, quince jelly or nuts. In fact it is quite common is Spain to serve it as a dessert. The classic way is cutting it in triangular wafers. Remember to keep it in refrigerator for longer conservation. Wrap it in plastic film or use a cloth soaked in olive oil to cover it, as the traditional way.

Manchego is a DO, name-controlled cheese, which can be made only from the milk of the Manchega sheep. They graze in the provinces of Albacete, Ciudad Real, Cuenca and Toledo, all of which form the region of La Mancha. The best cheese is produced when the milk is the richest, between August and December. The pattern on the rind honors a time when the cheese was wrapped in sheets of woven esparto grass

Mahon cheese is also a name-controlled cheese, DO cow’s milk cheese from the island of Menorca, Balearic Islands. Pale yellow in color with numerous eyes and rounded edges, this four-month-aged cheese has a characteristic orange rind. Creamy with a nutty finish, Mahon cheese is versatile in the kitchen: you could use it as a splendid sandwich cheese or prepare something more sophisticated. It has been made since Roman times. The milk is thermalized, not pasteurized or raw’s milk. Someone once asked how the cows came to be on Menorca and we were told by the producer that they swam there! Funny how an island small in size is such a big cheese producer. Mahon is very popular in Spain and in UK. And guess what? Matches great with a cold beer. It becomes a hard cheese with aging.

If you want to pair it with wine Spanish fruity reds like Rioja or Ribera go perfectly well, aged Mahon develops a more sharp and tangy intensity and it can easily compete with most famous gruyere or gouda.

V Navarra is a Latxa sheep’s milk cheese, Idiazabal style, with the same intense smoked flavor. Both are always produced only with raw milk in the North of Spain: Basque Country and Navarra. The mountains there still have this lush vegetation, where sheep flocks can get first quality pastures. Traditionally shepherds take the flocks to higher pastures during summer time, where grass is fresh and abundant. It’s during these months where cheese is made, it is a summer cheese. Shepherds store the cheese in their mountain huts, where get the smoky flavor from fireplaces. In the end of September, first October, when snow is about to come, shepherds and flocks return to the lower valleys and sell the cheese. Since Idiazabal is more and more demanded, nowadays cheese makers recreate the traditional techniques. After letting the cheese mature for 1 month, they smoke it with hawthorne or cherry wood. This process gives Etxegarai and Idiazabal cheese their characteristic piquant and nutty flavor

Manchego, Mahon, Cabra and Manchego aged 12 months
Each cheese is an 8 ounce package
Imported from Spain
Please note that any item temporarily out of stock will be substituted with a similar item of equal value 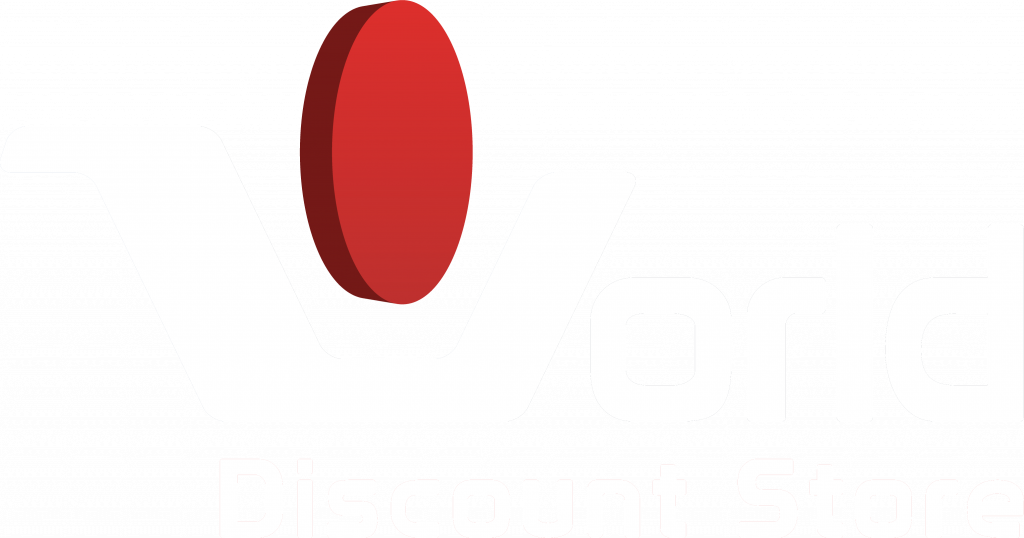 Sign up today and get the best deals straight into your invoice.